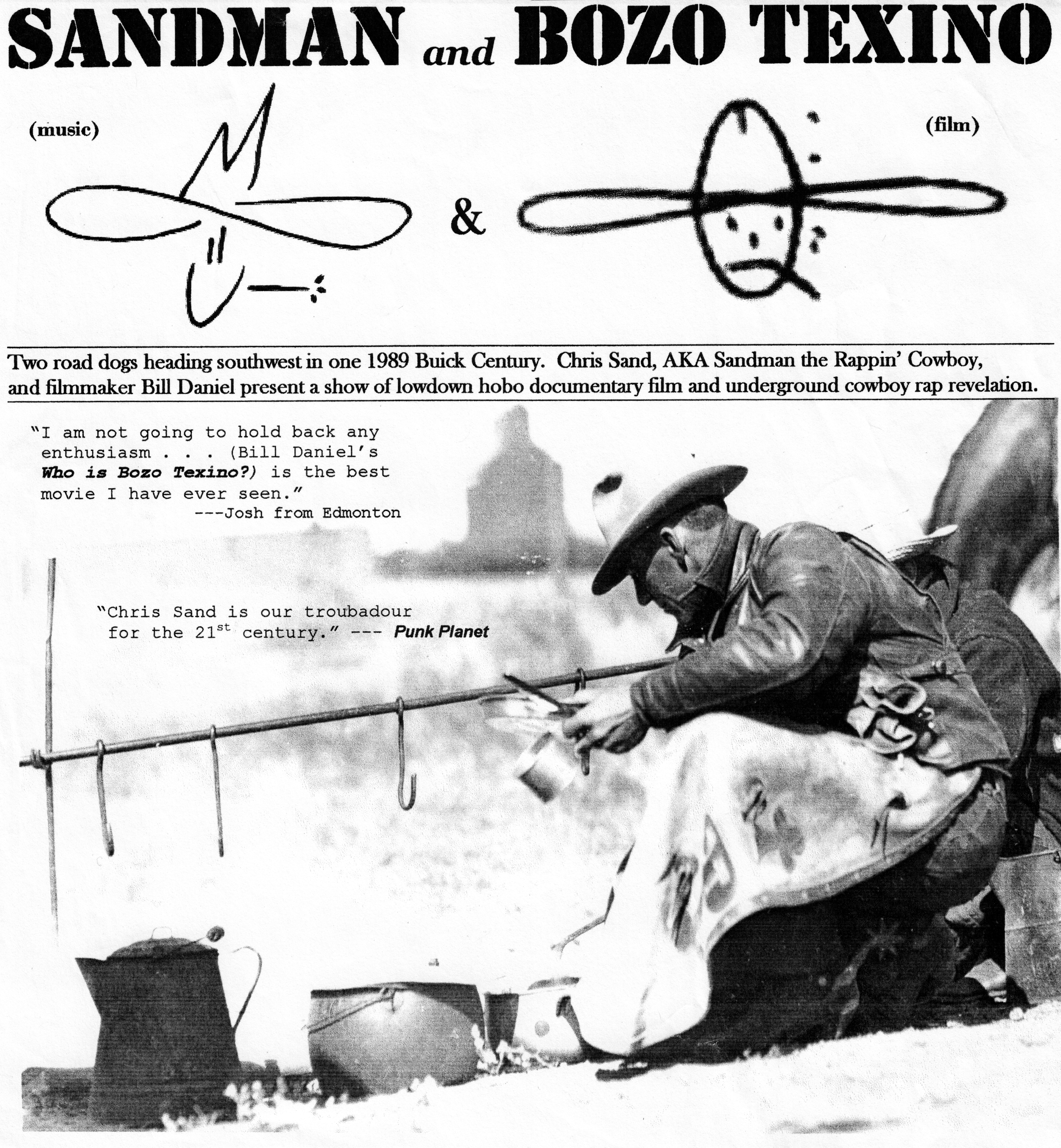 Who is Bozo Texino? is a film on the 100-year-old tradition of hobo and railworker graffiti. The project is the result of a 20-year study of “monikers ” and is fabricated from hours of 16mm and Super 8 film, most of it shot on freight trips across the western US. The film includes interviews with some of the railroad’s greatest graffiti legends: Colossus of Roads, The Rambler, Herby (RIP) and the granddaddy of them all, Bozo Texino. The film also catches some of the socioeconomic history of hobo subculture from its roots after the Civil War to the present day. Included are interviews with tramps that Daniel encountered in his travels. The range of the interviews, and the film’s style deal with both the clichÃ©s and the harsh realities of tramp life. In researching hobo culture Daniel found the written histories fraught with myth, and was initially frustrated by the apparent lack of verifiable truth to much of the lore.

“At some point in the research, and in the filming, I had to give up on the idea of being able to tell every story down to the detail. One of my initial impulses was to create a highly resolved document that would allow people in the future to see exactly what this culture was like. Impossible enough. But at the same time I was painfully aware that to broadcast these discoveries would alter or wreck the innocence and freedom that was there. Â Gradually, I realized that to report on freight train culture I should just acknowledge this mythologizing that permeates the culture and adopt that as an essential part of my approach. But the difficulty was, at the same time, to present this purely documentary material that I earnestly want to be appreciated and preserved. And no matter what the disappointment might be in finding the lonely reality behind a particular myth or graffiti, there is a mystery, or truth, that will always evade the documentarian and the audience.” – Bill Daniel

Following this screening and question ask’in…. Chris Sand (AKA “Sandman”) will take the stage. As unpredictable as a cattle stampede, fierce as a badger, and lyrical as a child of Woody Guthrie, Chris Sand (AKA “Sandman”) has been a cowboy and post-modern hole-digger most his life. He’s a combination of Wyatt Earp and Will Rogers with a generous dose of saddle tramp thrown in. Pure cowboy — decades of riding through the brush have scarred his hide. A time-tested warrior of dance halls and house parties, he stays strong by shunning all strong drink and tobacco.