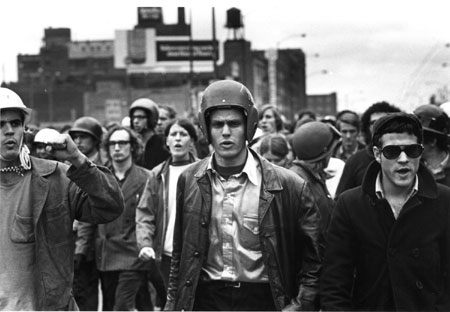 The Weather Underground by Sam Green and Bill Siegel, documents the rise and fall of the 1960’s student radicals (AKA:The Weathermen) who wanted to take down The Man by “bringing the Vietman War home”…………….

Directors Statement… “This documentary tells the story of the rise and fall of the Weather Underground, a controversial group of idealistic young people who, outraged by the war in Vietnam and racism in America, tried to violently overthrow the U.S. government during the 60s and 70s. Presenting a balanced and meticulously researched portrait of the Weather Underground, this film will in no way endorse or glamorize violence, but instead will encourage viewers and especially younger viewers to think critically and to responsibly engage in the pressing issues of our time….”

Sam Green will be present to introduce and answer questions about this film.