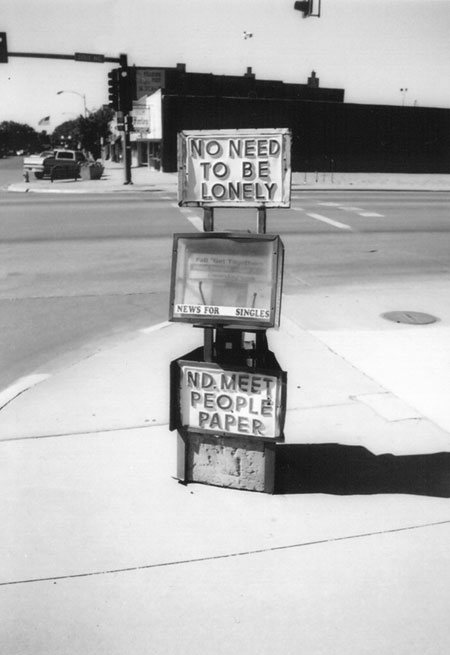 minicine? host film artist Bill Brown, Lubbuck, TX, to screen Truck Stop Still Lifes. This program, which he is currently touring around the US, includes 3 short films about the New World that weren’t exactly shot from the window of a moving car, but that’s the idea.

“Mountain State” 20min 2003
A brief history of the westward expansion of the United States as told by 25 roadside historical markers in the state of West Virginia.

“Buffalo Common” 20min 2001
A portrait of the prairies of North Dakota as the state loses its Cold War arsenal of intercontinental ballistic missiles, as well as its aging population of Scandinavian farmers.

“Confederation Park” 30min 1999
A travel diary from Canada. Francophones, Anglophones, and Allophones duke it out over what it means to be a Canadian, and whether, in the end, it even matters.

Bill is from Lubbock, Texas, hometown of Buddy Holly, as well as John Hinkley, jr., the failed assassin of former US President Ronald Reagan. Lately, Bill has been shooting film while following the US/Mexico border. When Bill is not on the road he is teaching film at the School of the Art Institute of Chicago.