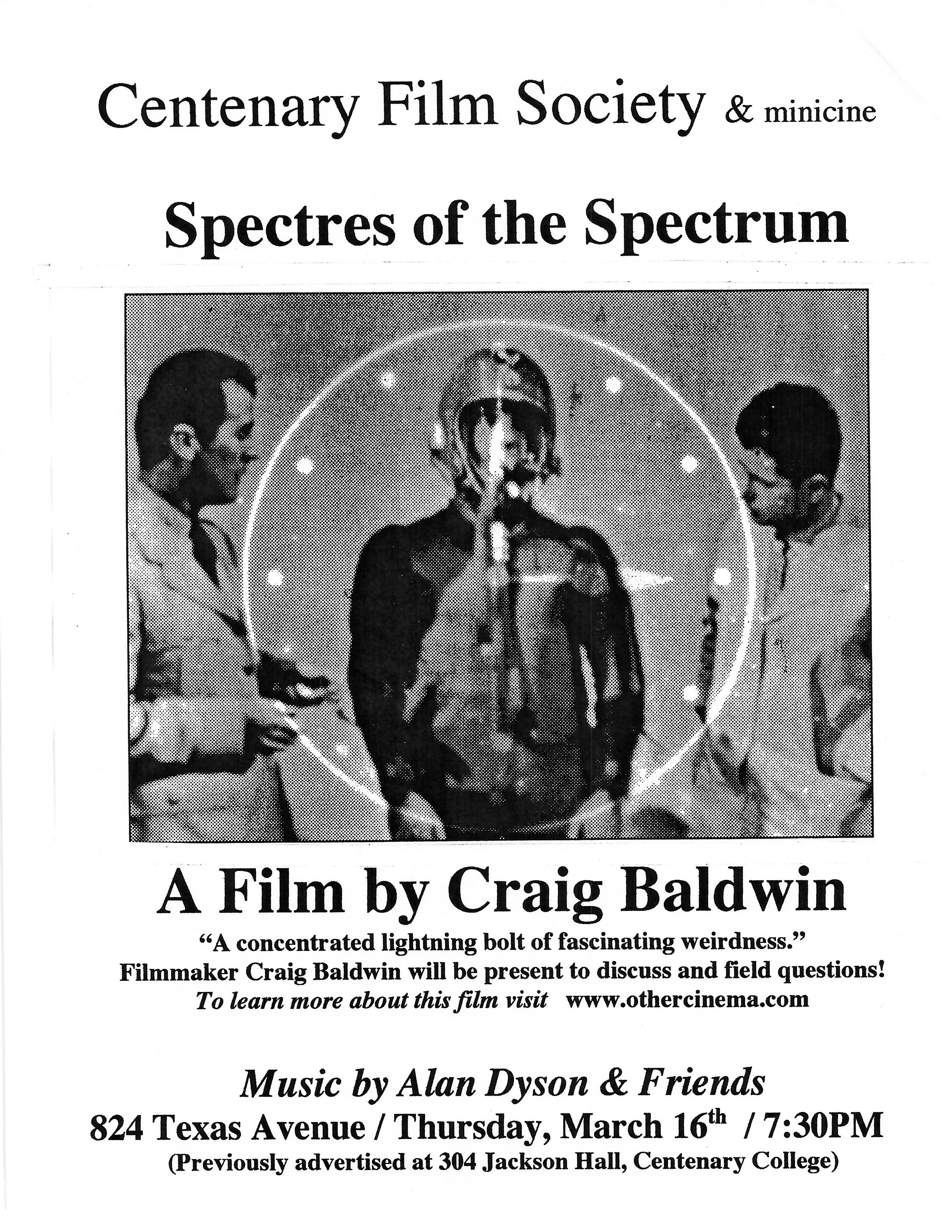 The year is 2007.  Yogi and BooBoo, a telepathic father-daughter team, lead a group of media outlaws in resistance against a corporate-governmental New Electromagnetic Order, that threatens to use the earth's magnetosphere to "bulk erase" the brains of every human on the planet.  The only way to save humanity is to travel out into space, tracing the history of television broadcasts back in time to retrieve a secret lodged in an old episode of the 1950s series Science in Action.  Along the way, the development of electronic telecommunications is recounted through the lives and discoveries of science giants like Edison, Bell, and Tesla.  An energetic blend of science fiction and science fact, Spectres of the Spectrum rifles through the trash bins of our image-obsessed culture and pieces together a dossier on our love affair with technology, projecting it into a dystopian future.  The film skims across genres as blithely as it appropriates images from the detrius of high-school instructional films, low-budget sci-fi, and old television broadcasts.  Baldwin rarely takes his finger off the fast-forward button, creating an obsessive, densely layered, and intellectually challenging vision of technology gone awry.  With Beth Lisick, Sean Kilcoyne and Caroline Koebel.