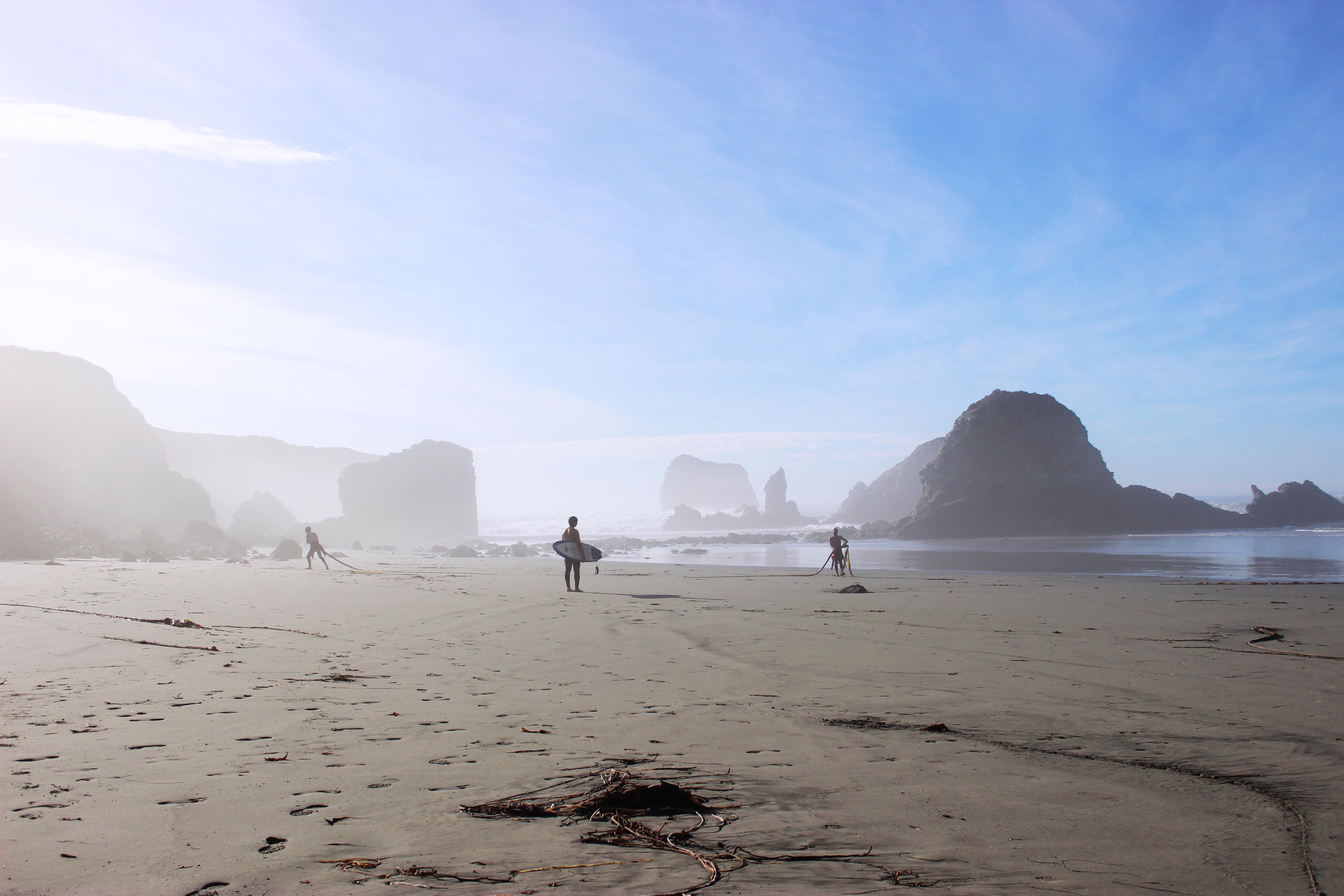 Kate McCabe (FILMMAKER IN ATTENDANCE) will be showcasing a decade's worth of her moving image work combining humor in experimental film and premiering her latest 16mm work, You and I Remain. A film inspired by the Anthropocene, You and I Remain is an apocalyptic lullaby, a landscape film mediating on the end of the world. Shot in Big Sur, the Salton Sea and in McCabe’s own neighborhood of Joshua Tree, the film shows us a portrait of the world askew with subtle and moving sound design by Jason Payne of Nitzer Ebb.

“Kate McCabe’s works are funny and sweet personal observations of our twilight worlds. Worlds where portraits of places and emotions are the kinetic sublime- where we as viewers are transported betwixt and between, hovering – our feet grounded on earth, our heads in the clouds. The everyday scene, a moving lyrical event functioning as a tribute to beauty and our lucid spirit. These short films are like private conversations sharing a secret and a dream.”

Join filmmaker and founder of Joshua Tree’s Kidnap Yourself art collective Kate McCabe for the special premiere of her new 16mm film “You and I Remain”, a lovely apocalyptic lullaby about the Anthropocene with music and sound design by Jason Payne (Nitzer Ebb) plus a selection of other short films.

Please join minicine? for this Film Salon screening of the work of Kate McCabe. Artwork by Stephanie Fernandez and Joco Courtier will grace the walls. Catch Ziel Zuster in an after hours performance! Refreshments and edibles provided by GoGreenly. Suggested Door Donation $5.