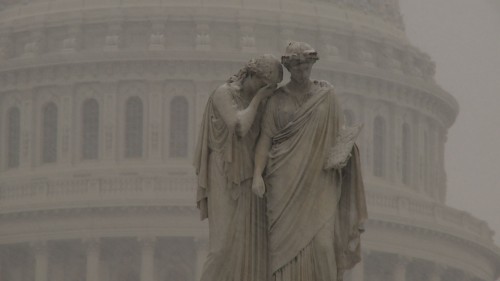 Why is PACE hosting the Shreveport premiere of “Outrage”?

“OUTRAGE is the Emmy-nominated documentary film that will have its Shreveport premiere on Wednesday, May 23rd at minicine, 846 Texas Ave. Doors will open at 7 pm; the screening will begin at 7:30 pm followed by a panel discussion including panelists who appear in the film and whose lives have been personally affected by events described in the film. “Outrage” features powerful closeted gay politicians whose anti-gay votes brought, and continue to bring, great harm to ordinary gay Americans and their families. There is a common miss-perception that the purpose of “Outrage” is to out these closeted gay politicians, but this is a very superficial way of looking at the film as all the politicians featured in the film had been outed very publicly years before the film was made. In fact, as is often the case, these politicians’ closets had doors that were wide open. Yet those closets confirmed to anti-gay members of Congress and the media that the closet was exactly where gay people knew they belonged.

The film’s real message is about the evils of the closet and the media conspiracy to enable the closet to persist. “Outrage” makes clear how the closet can lead people to commit shameful acts, and can even lead them to betray those closest to them and their own personal integrity for the perks of political power. For example, closeted politicians in “Outrage” turned a deaf ear to pleas from AIDS victims and activists, and repeatedly voted NO for HIV funding while half a million Americans died from AIDS. Closeted politicians voted NO to a federal law protecting gay people from job discrimination so that even today, gay people can be fired in 29 states and transgender people can be fired in 34 states even if they are star employees. Closeted politicians voted NO on openly gay service in defense of our nation which led to an outrage that our entire nation suffered. The 9/11 Commission Report stated that a backlog of untranslated documents was a contributing factor to the 9/11 attack due to a shortage of Arabic language translators. Yet our government had fired dozens of Arab language experts simply for being gay! Despite these shameful and outrageous votes, intrinsic homophobia throughout our society has resulted in the media’s protecting the private lives of closeted gay politicians while they very publicly bring great harm to the lives of ordinary gay Americans and their families. Even today in Shreveport, a media representative has criticized PACE for showing “Outrage” saying it’s time to just let this go, simply confirming that the media conspiracy continues. “Outrage” makes very clear that the fight for equality for gay Americans has no greater enemy than the closet which requires public policy makers to stigmatize and tell lies about their fellow gay Americans in order to hide the truth of their own lives.”  Text by P.A.C.E.