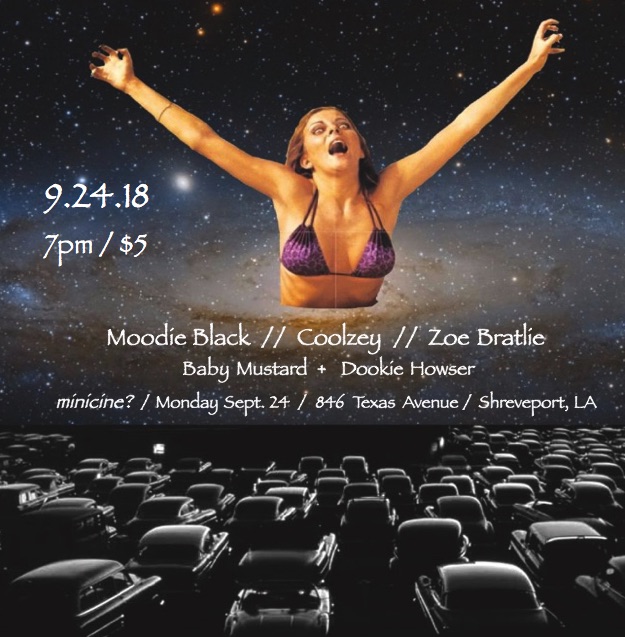 Moodie Black - Los Angeles
https://moodieblackdeath.bandcamp.com/
“Known as pioneers of the new era noise rap scene Moodie Black has snuggly nestled themselves into alt rap lore. Over a decade strong Moodie Black has earned a reputation of being harshly uncompromising while showcasing their affinity for mood and atmosphere.”

Coolzey - Fairfield, Iowa
https://coolzey.bandcamp.com/
"Golden era hip-hop roots planted in black Iowa dirt are the foundation. Growth tempered by alternative era rock influence. This along with a love for the juxtaposition of the dark, horrific nature of life paired with a slapstick and comedic view of the world allow for a wide, unpredictable arsenal ranging from soul-spilling indie bedroom rock to wise-cracking battle rap and on to radio pop."