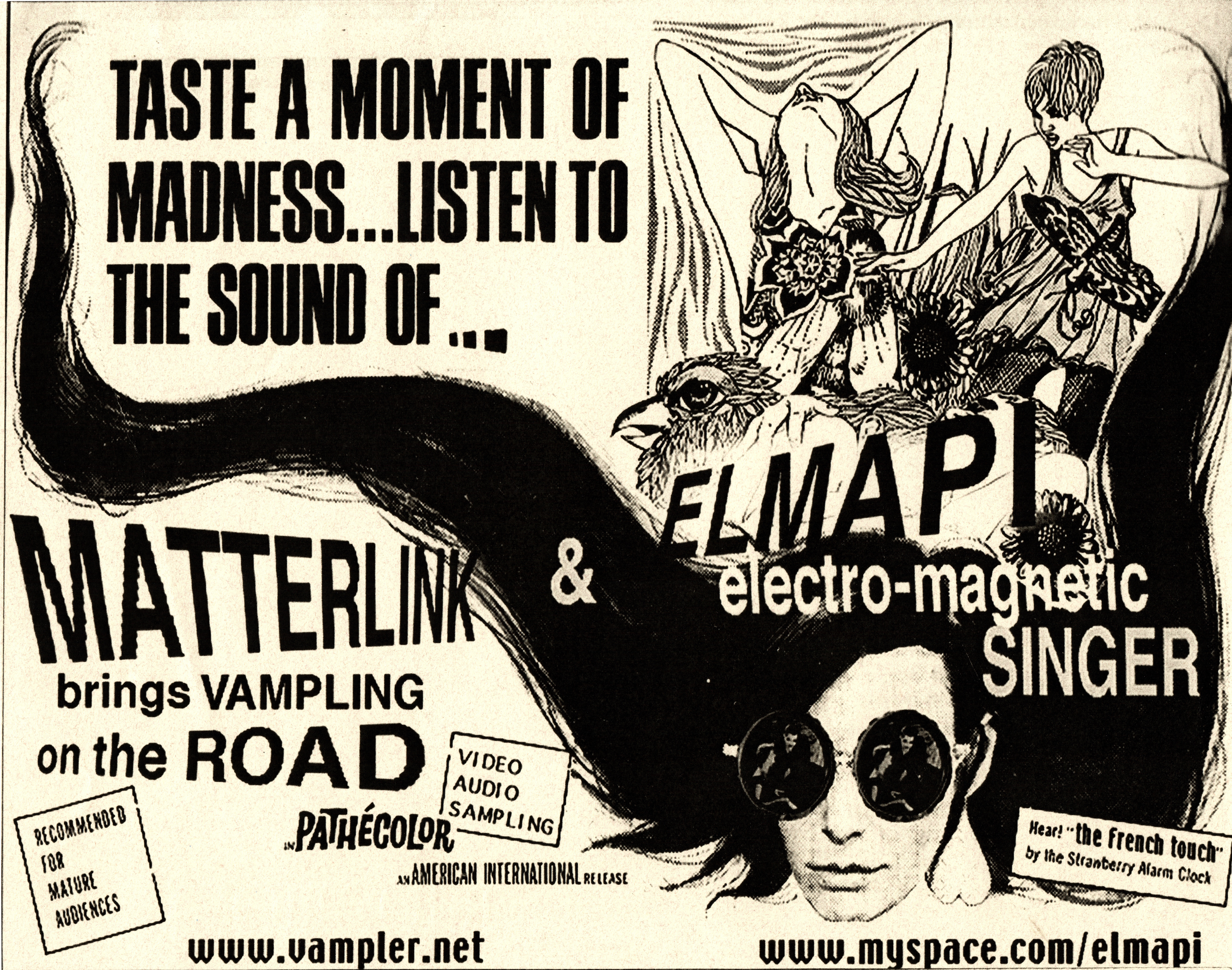 Plunging further into the exploration of possibilities ocilating in and around music and film, minicine? host to Shreveport, Elmapi (Paris) and Matterlink (DC) for an evening of visual/audial sensitory stimulations. Traveling from Europe on a nationwide US tour this duo brings two emanations to stage.

Elmapi– As pop performer, composer, and electro-acoustician, creates a powerful blend of brut material, sense of voice, and a fire-brand attitude, “powerful woman-energy”(True Vine, Baltimore). Her Elmapi incarnation, the experimental electro-pop musician, urges found sound and ‘wild sound” to interact on a par with vocal and rhythm. The result is something like Edith Nylon performing French pop with elements of musique concrete. www.myspace.com

Matterlink– ‘is James Schneider – Filmmaker, “vampler”, and sensoral experimenter, Schneider has been working with sound and image for nearly 20 years. From his teenage years in DC’s punk community working in music and photography, to his films and 16mm projections during performances for groups such as Blonde Redhead, to his work as Matterlink, appropriately termed, Vampling. Vampling performances of Matterlink lie somewhere between the movie and concert experience. Working both solo or teaming up with various musicians, he samples from thousands of digitized film/video fragments both shot and found, playing the space/time pockets from a midi-keyboard. These raw elements are then reworked, looped, altered forming sound and image-scapes punctuated by spoken and sung words.

This evening is opened by Shreveport artist, Jon Mackey, a possible vampler who didn’t even know it…