minicine? goes to The Shop! 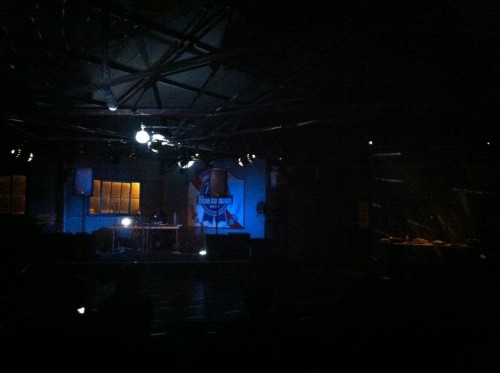 UPDATE::: Tonight’s performance is on schedule and ready to go… As James Rippie will not be able to join us from New Orleans, SOFT TROOPERS will open! SOFT TROOPERS is the song bird, Brittney Maddox, and sound artist, Jon Mackey. Also for tonight, artist Peter Fetterman has designed and constructed a special sound instrument which he will premier through performance. Simon Whetham, traveling to us from England via the American Southwest, will share composed pieces originating from field recordings from sites of his Active Crossover performances, as well as from his journey. http://www.activecrossover.co.uk/ DOORS OPEN at 7PM… 2002 Southern Avenue, Shreveport, LA… TONIGHT!!!!!!!

Sound Explorations by Simon Whetham, James Eck Rippie, and Peter Fetterman. Solo performances will take place in the second floor nest of The Shop! at 2002 Southern Avenue, Shreveport, near the intersection with Olive Street.

minicine? welcomes back to Shreveport, sound artist Simon Whetham, who recently performed at the MSPS New Music Festival 2011. Whetham (Bristol, UK), is in the country collecting field recordings as part of his ongoing active crossover project http://www.activecrossover.co.uk/ . His performance will include field recordings from the locations of the original performances of the project as well as field recordings collected from the various locations he is visiting along his travel.

((((( James Eck Rippie (New Orleans) works primarily with turntables, with a focus on creating abstract sound from classical music recordings utilizing altered needles, turntable feedback, effect pedals, damaged records, etc. In decomposing the original sound source, Rippie’s intentions are to understand the transcending possibilities of sound and test the capabilities of the turntable as an instrument. )))))

Peter Fetterman (Shreveport) all elusive and secretive, will meditate on the meaning of life through sound waves….