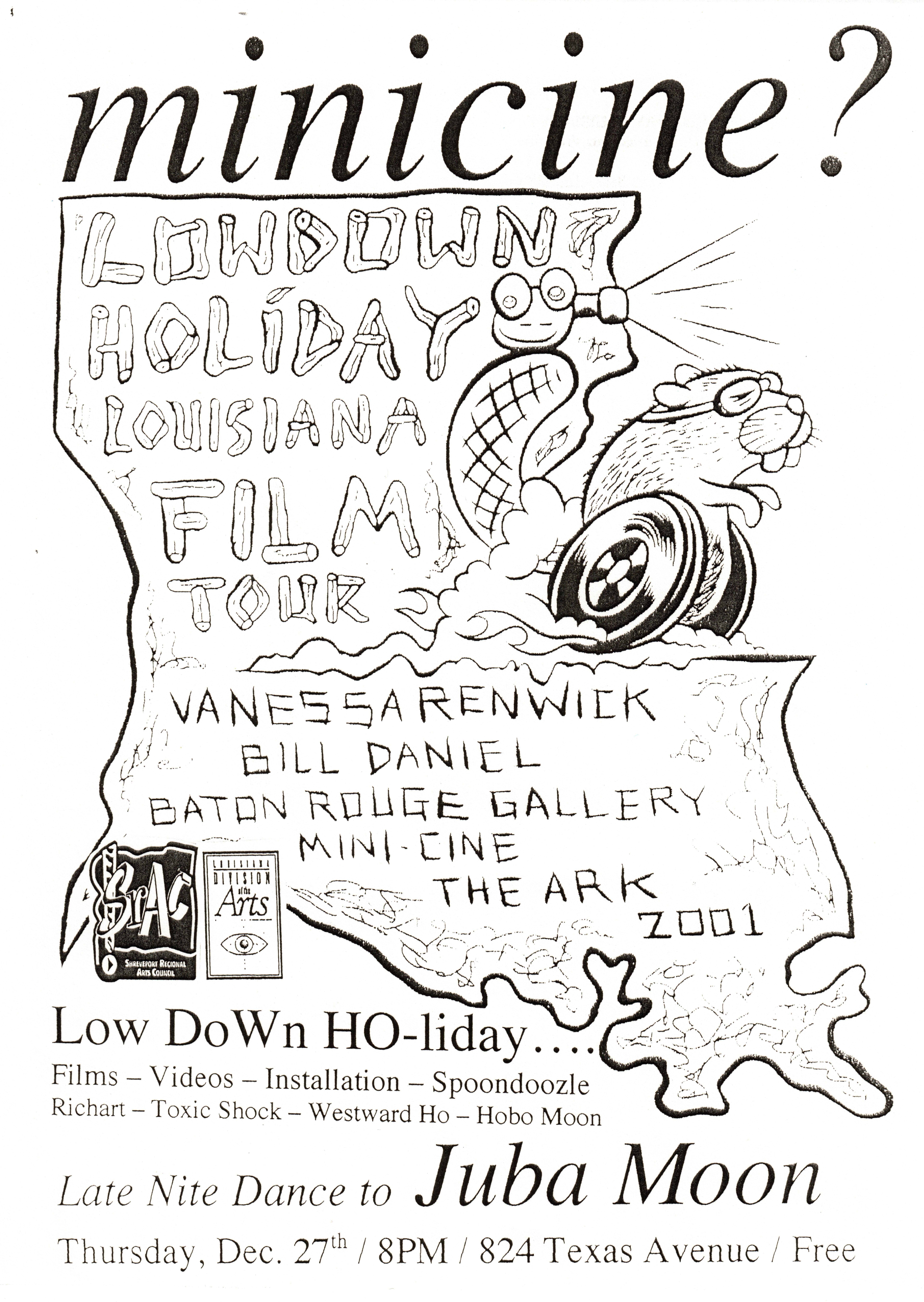 LOW DOWN HOLIDAY a sceening and participatory environment of film, video, music, performance and sculpture, presented in-person by touring filmmakers Vanessa Renwick and Bill Daniel. This event will begin with a feature length screening of film and video by Portland, Oregon artist Vanessa Renwick and will include her latest work, co-directed with Dawn Smallman, “Richart”, a documentary about an inspiring “outsider” artist. Situated in the basement will be “Hobo Moon”, a hobo jungle video installation exploring the underground world of freight train art. Following will be an interactive tramp spoondoozle, featuring music by JUBA MOON, spontaneous performance, and an edible cityscape by Shreveport’s underground vanguard. A breakfast of hobo pancakes and coffee will be served at some point. Audience members are invited to dress low-down and trampy, and be ready to camp out.

Supported in part by a grant from the Louisiana Division of the Arts and the Shreveport Regional Arts Council.