LOST AND FOUND: The Films of Jay Rosenblatt 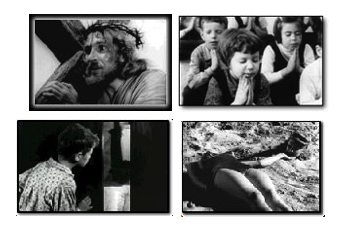 Jay Rosenblatt has been making films since 1980. He is a recent recipient of a Guggenheim Fellowship and a Rockefeller Fellowship. His films have won many awards and have screened throughout the world. These films explore our emotional and psychological cores. They are personal in their content yet universal in their appeal.

Jay is originally from New York and has lived in San Francisco for many years. He has been a film and video production instructor since 1989 at various film schools in the Bay Area, including Stanford University, S.F. State University, S.F. Art Institute and the College of San Mateo. He has a Master’s Degree in Counseling Psychology and, in a former life, worked as a therapist.

Short of Breath (1990) 10 min.
A woman is reduced to tears.  She bends over backwards trying to be a good wife and mother.  Her head is cut off from her heart.  A doctor picks her brain.  A boy inherits his mother's depression.  Short of Breath is a haunting, emotional collage about birth, death, sex and suicide.  It's like a punch in the stomach.

King of the Jews (2000) 18 min.
A film about fear and transcendence.  "It explores my relationship to Jesus Christ as a Jewish boy growing up in Brooklyn.  At the same time. it examines the roots of Christian anti-semitism.  As a child, I was terrified of Jesus."

The Smell of Burning Ants (1994) 21 min.
A film about gender, male socialization and boyhood cruelty.  A haunting documentary on the pains of growing up male.  It explores the inner and outer cruelties that boys perpetrate and endure.  The film raises gender issues and provokes the viewer to reflect on how society can deprive boys of wholeness.

To learn more about the films of Jay Rosenblatt go to: www.jayrosenblattfilms.com