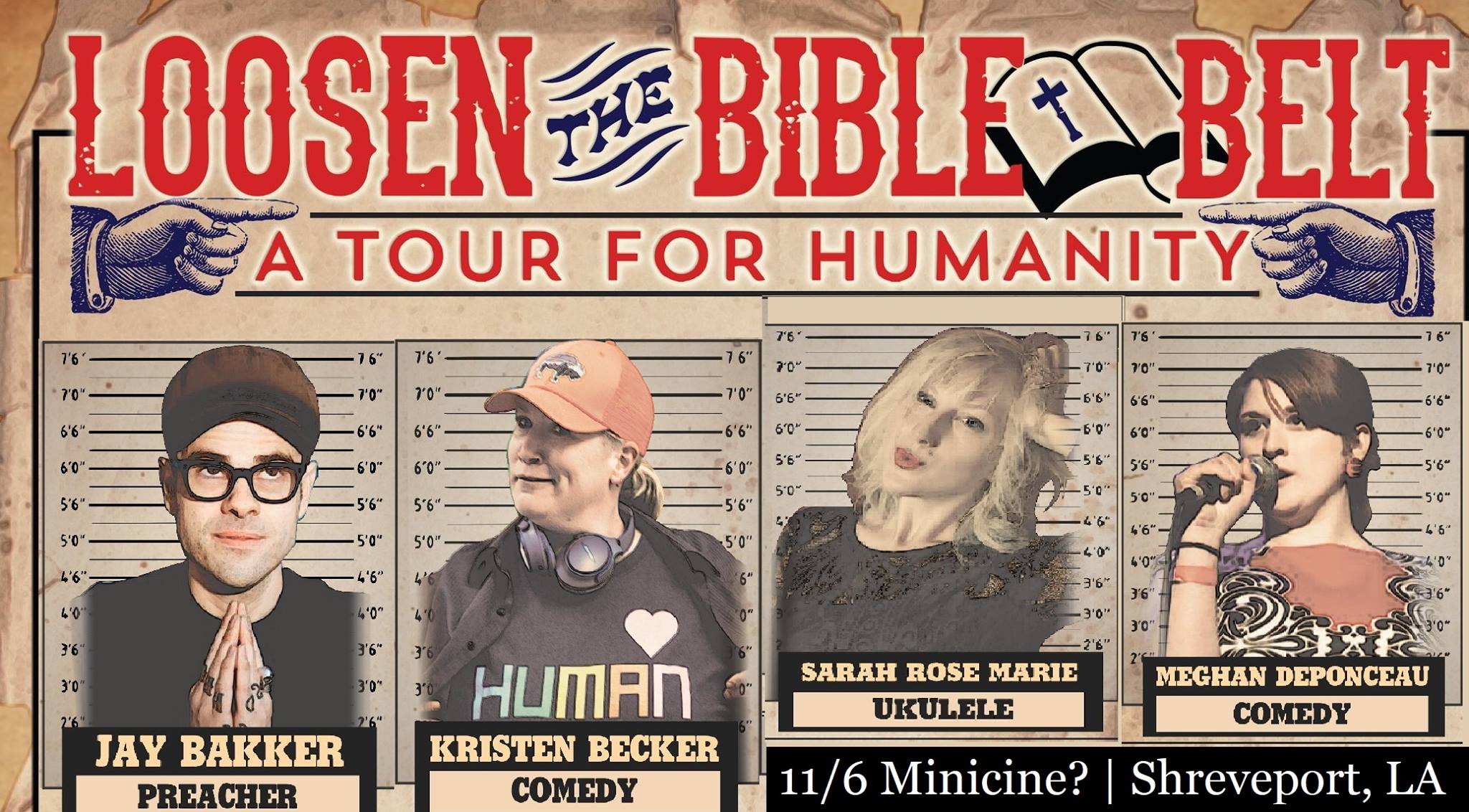 What happens when you put an evangelical minister and a lesbian comedian together in a van? An event for anyone who believes that love and laughter can change the world.

Expect a stand-up comedy show that stumbled upon a revival, and imagine it all happens in a bar. Bakker’s message of love and acceptance, balanced with Becker’s comedy often referred to as “bawdy and bold, served with a slice of southern charm” promises to be a night to remember.

Loosen the Bible Belt will not only serve as an entertaining night, but will also help create awareness for LGBTQ groups fighting the good fight in these southern states. A portion of proceeds from shows will be donated to groups working so all southern citizens have equal rights.

Plus Comedy by Meghan DePonceau and music by SarahRose Marie

Plus art provided by local photographer Ransom Ashley. His work was recently published in Teen Vogue and Dazed Magazine. The theme is a reflection of growing up gay in the Bible Belt.