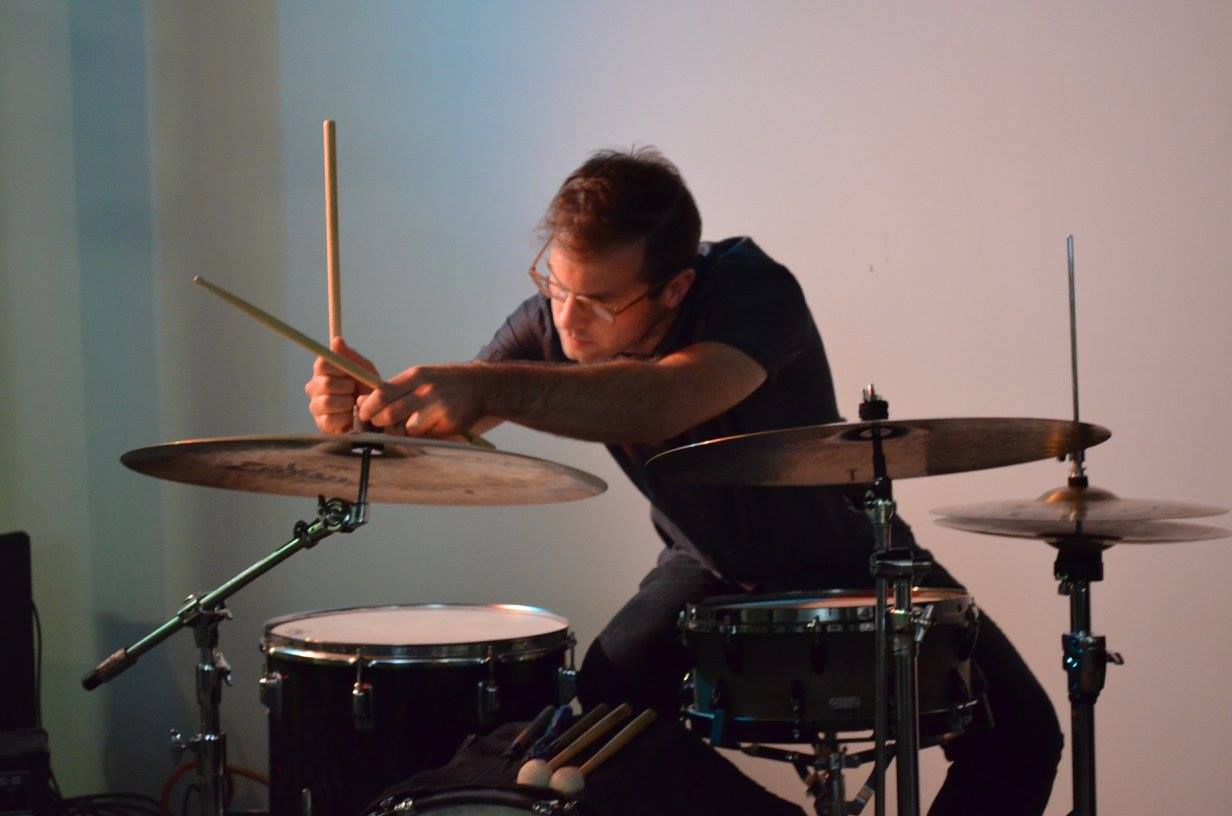 SEAN HAMILTON is a percussionist, composer, and improviser based in Tampa, FL. He brings to Shreveport his drum and electronics project, LOCI. This project features improvised compositions written to explore the symbiotic possibilities between acoustic and electronic sounds. Most often, the works create a form for improvising where the electronics interact with the drums through microphones on the drum kit or by creating their own "improvised" material generated using random numbers.

BILL DANIEL is a photographer, filmmaker, installation artist, curator and intrepid tour’er. Currently based outside Houston, TX, Daniel recently weathered the winds and waters of Hurricane Harvey in his Studio “K”, located in Pasadena, TX. Daniel brings to Shreveport current additions to his ongoing project TOXXIC CITY DISPATCH which will include large scale electro static prints from work he has created in the last two weeks following Harvey’s landfall.

Daniel is most likely best known for his film “Who is Bozo Texino?”, which explores the practice of hobo and rail worker graffiti, and his black and white photography project, TRI-X NOISE, which begins with documentation of the 1980’s Texas Punk scene and expands into freight train adventures and his experiences on the roads of America visiting underground house shows, microcinemas, and art exhibits at the margins. Daniel’s work has received awards from Creative Capital, Film Arts Foundation, The Pioneer Fund, Texas Filmmaker Production Fund, the R & B Feder Charitable Foundation and The Western States Media Alliance.

PERCUSSION WORKSHOP: Sean Hamilton will offer a Percussion Workshop at 6pm, Friday Sept. 8. This workshop will provide an overview of his LOCI project, what the electronics are and how they work, and an introduction to some music he finds especially vital to his artistic development. Sponsorship for this workshop has been provided by Innovative Percussion.