Lightning Over Braddock: A Film by Tony Buba 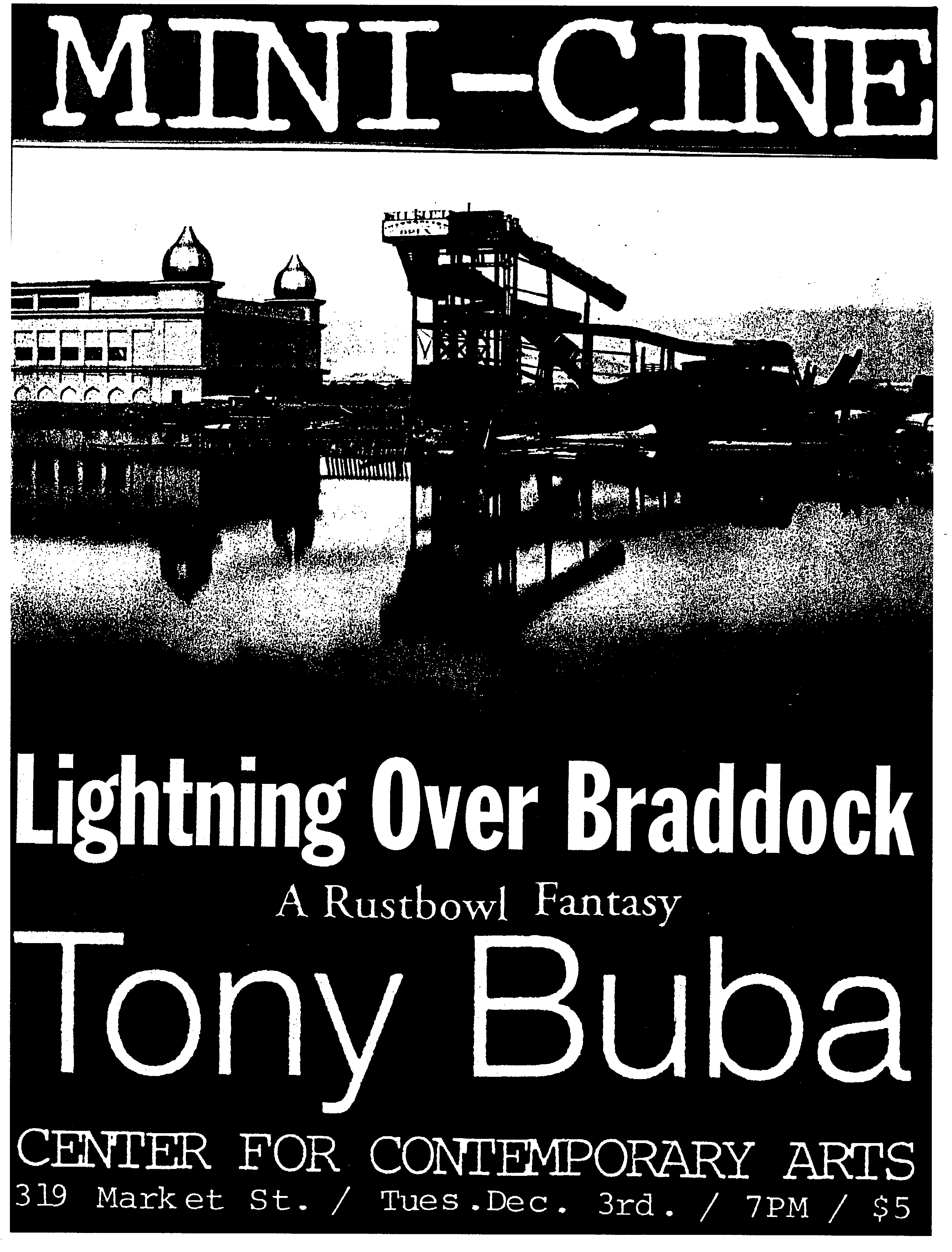 Lightning Over Braddock, a rustbowl fantasy, is the acclaimed first feature from Tony Buba, and it is as eccentric a picture of America as has emerged in the last decade.  Like all of Buba's previous work, it chronicles the decline of Braddock, Pennsylvania, a hard-luck town which once flourished as "Pittsburgh's shopping center."  It concerns a director (Buba plays himself) trying, without much success, to make a movie with a crazy street hustler named Sal, who considers himself responsible for Buba's (modest) success.  Like Errol Morris, Buba has a fascination with the idiosyncratic details of daily life, and uses his formidable sense of humor to document the decay of industrial America.  Lightning Over Braddock, Buba's magnum opus, might have its tongue in its cheek but its heart is always firmly in the right place.