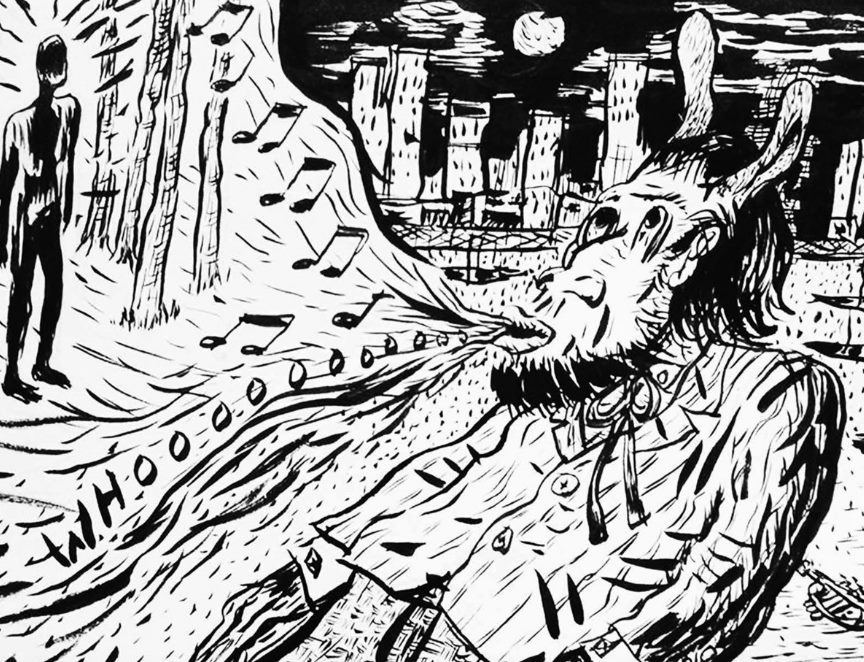 minicine? welcomes experimental improv musicians Jason Kahn (Zurich) and Joe Baiza (Los Angeles) on Thursday May 23rd at 8pm. They will each perform solo, Kahn with voice and drums and Baiza with guitar, then perform a duo. Suggested donation $10.

Joe Baiza (born 1952) is a punk rock and improvising guitarist whom Eugene Chadbourne cites as one of the most noteworthy guitarists to emerge from the Southern California punk rock milieu.

Baiza is a founding member of the bands Saccharine Trust, Universal Congress Of, and The Mecolodiacs. He also performed guest guitar spots on several Minutemen tracks and played alongside Black Flag's Greg Ginn and Chuck Dukowski in the SST all-star jam band October Faction, recording two albums with them. Baiza was also part of the musical side project Nastassya Filippovna which featured Bob Lee (drums), Devin Sarno (bass) and Mike Watt (bass).

Baiza substituted for Nels Cline during Mike Watt's European and American tours behind his second solo album, Contemplating the Engine Room, in 1997 and 1998. Also in 1997, he and Cline played (sometimes together) in the band Solo Career with Lee (drums), Richard Derrick (bass), Walter Zooi (trumpet) and Gustavo Aguilar (percussion). Currently, Baiza plays with Saccharine Trust as well as the improvisational unit Unknown Instructors with former Minutemen Mike Watt and George Hurley.

Baiza is also an accomplished visual artist. In 1983 he illustrated the cover of the Minutemen's record Buzz or Howl Under the Influence of Heat. The illustration depicts the faces of D. Boon and Mike Watt engaged in heated dialogue as they so often did as friends and musical collaborators. In late 2013 The Cornelius Projects in San Pedro hosted The Mind of Joe Baiza - Paintings, Drawings, Photographs & Artifacts

Jason Kahn (born 1960) is a musician, artist and writer. He was born 1960 in New York and grew up in Los Angeles. In 1990 he re-located to Europe and is currently based in Zürich.

Working with drums, voice, guitar and electronics Kahn collaborates regularly with many musicians in projects which blur the edges between improvisation, electronics, noise and rock.

As a visual artists Kahn has shown his installations in museums, galleries, art spaces and public sites internationally. His writing has has appeared in books, magazines and as liner notes to many audio releases.

In 2011 Kahn started the Editions imprint to publish his own recordings and writings.