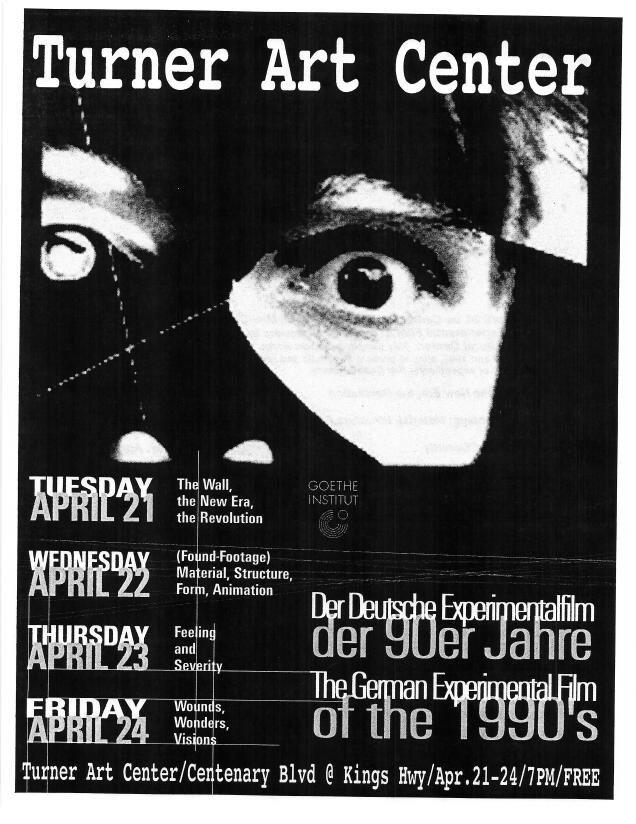 This program focuses on new works from the renaissance in German Experimental Cinema that has been underway since the early 1980’s. This five night event is provided by the Goethe Institut-Houston.  This sampling of short works, produced by various film artists between 1990 and 1995, aims to present a realistic and representative overview of the most recent history of experimental film from Germany.

All screenings occur at the Turner Art Center at Centenary College and are open to all students and the public.  Screenings begin each evening at 7PM.  Admission is FREE.