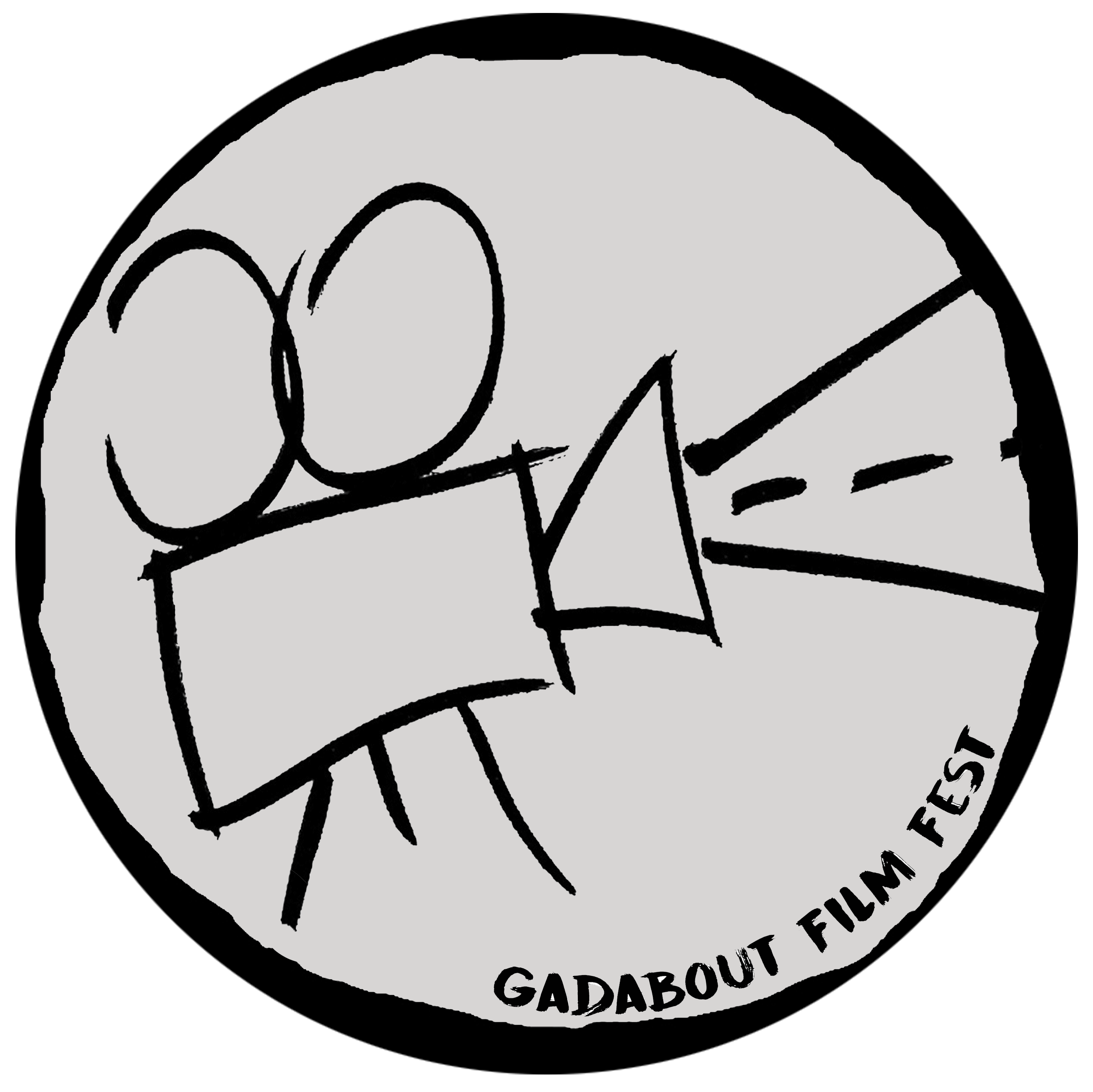 Once again, The Gadabout Traveling Film Festival rolls into Shreveport, this time on their national indie-film Summer Tour 2003. This group, based in upstate New York, has had a call for entries out for the last year to attract promising new film shorts to take on the road. This time around, they are extremely excited to be representing filmmakers from all over the country, and the world (India, Singapore, Australia, Argentina, Isreal, and the U.K.). Independent in every sense, these films share the same willingness to challenge the conventions set for commercial filmmaking. This is filmmaking as an artform.

Appearing in over 30 cities from coast to coast in 6 weeks, the Fest has expanded and created more of an independent media event which will include along with films, live music from indie art rockers, the Macaulay Culprits, a small art show and a zine distro.

Hands on Fire
10 min / fictional / Misouri
A story of a young man who is feeling deserted by his girlfriend.  Unable to cope with the break-up, he plots and executes his revenge on her and society, by mailing a mass of fish sticks.
Dir: Kris Kaczor
750 Productions

Mini Driver Project
11 min / digital / fiction / Portugal
Mini Driver is an emotionally pent-up solitary women who drives an Austin-Mini.  She is locked in a routine until one day her path crosses that of a dark, handsom VW Driver.  Her life and traffic pattern will forever change, but not in the way she expects.
Dir: Fernando Rocha
Prod: Dawn Westlake, Ron de Cana Productions

Nostalgia
6 min / 16mm / fiction / Cuba (San Fran)
Nostalgia was filmed on my trip to Cuba in early 1999 and attempts to tell a story of exile and loss with footage filmed in Havanna streets and empty lots.  Fidel Castro makes a brief appearance.
Dir: Iggy Scam

Puhsychamajoe "trailer"
1.45 min / digital / fiction / Boston
A young man struggles to fight a challenge, while challenging himself to fight the beast whithin.  That beast's name is hard to pronounce.  (The full movie can be seen at Funtimeentertainment.com this halloween)
Dir: Frank Aveni & Jeff Ledellaytner
FUNTIME Entertainment

Stadamos No Es Muy Bien......Basamo
2 min / digital / Boston
Will Garre was, at one time, really scared to get tested for STD's, because he had heard that they jam a cotton swab down your pee-hole.  This piece is based on that fear, and shows how fear can be nourished by those around you, causing you to find new ways to face doom.
Dir: Jeff Ledellaytner & Will Garre
FUNTIME Entertainment

The Price of the Getting Up
13 min / digital / doc / NYC
"How hard could it be to get three friends together to show their art, especially when they are three of the most visible and widely respected "street artists" in the world?  Pretty hard, particularly when the NYC Vandal Squad is out to bust the trio for past violations.  In The Price of Getting Up, director John Carluccio (1997's Battle Sounds) dives head first into the strife surrounding Espo, Twist and Reas and the melee surrounding their groundbreaking Street Market show at Deitch Projects in 2000.  Interviews, live art, and news footage illustrate the absurdity and beauty involved."
XLR8R Magazine - May 2003
Dir: John Carluccio

Shelter
13.5 min / Singapore
Shelter is a story about little deaths that occur, unnoticed, in the everyday life of the city.  A screen adaptation of the short story by Gopal Baratham, it pieces together fragments of the lives of an old lady, and inter-racial couple and two gangsters.  Shielding them all in its shade is the shelter, but it too cannot elude death eventually.
Dir: B.Thiam
nu (STUDIOS) Film Productions

I've Never Walked Out of a Movie Before
4 min / digital / exp / Australia
Exploring the perception of self and where it is that one fits within the invented notions of postmodern anxiousness, a woman questions her placement in her constructed world when she feels overwhelmed by the sense of distorted time trying to understand her desires to be someone else.
Dir: Bianca Barling

Space on the Verge of Extinction
2.5 min / digital / exp doc / Atlanta
A film about the effects of urban sprawl in the city of Atlanta.
Dir: Franklin Lopez & Melissa Jun

Danny Pacheco Part one
2 min / digital / fiction / Boston
Perhaps not the most original idea for a skit, but a very good example of the joke that doesn't get old.  This story is based on simple, fleshy thoughts.
Dir: Will Garre & Jeff Ledallaytner
FUNTIME Entertainment

This is Saint Louis
4 min / 16 mm / doc / Saint Louis
A PSA campaign designed to show off some of the lesser known, more esoteric qualities of Saint Louis.  The Arc.  Cheap rent.  Great sports all of these things.  But that is just the tip of the iceberg.  Saint Louis is full of beautiful architecture, back-alley bars, community centers, historic neighborhoods, art museums, markets, pubs, clubs, friendly people, botanical gardens, and the list goes on and on.
Dir: Marc Syp

Life
7 min / digital / fiction / Australia
'Life' challenges and confronts the average viewer.  It's heartfelt narrative provides a harrowing account of the protagonist' journey down the pathway of injustice and incarceration. 'Life' is the story of a desperate soul's arduous, harrowing journey of moral injustice.
Dir: Danielle Akayan
Lucid Productions