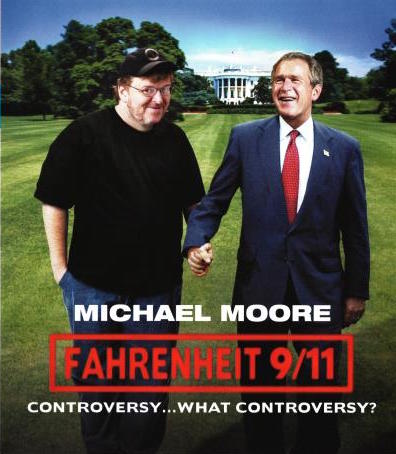 One of the most controversial and provocative films of the year, Fahrenheit 9/11 is Academy Award-winning filmmaker Michael Moore’s searing examination of the Bush administration’s actions in the wake of the tragic events of 9/11. With his characteristic humor and dogged commitment to uncovering the facts, Moore considers the presidency of George W. Bush and where it has led us. He looks at how – and why – Bush and his inner circle avoided pursuing the Saudi connection to 9/11, despite the fact that 15 of the 19 hijackers were Saudis and Saudi money had funded Al Qaeda. Fahrenheit 9/11 shows us a nation kept in constant fear by FBI alerts and lulled into accepting a piece of legislation, the USA Patriot Act, that infringes on basic civil rights. It is in this atmosphere of confusion, suspicion and dread that the Bush Administration makes its headlong rush towards war in Iraq – and Fahrenheit 9/11 takes us inside that war to tell the stories we haven’t heard, illustrating the awful human cost to U.S. soldiers and their families. Lions Gate Films will release the film nationwide on June 25th. For more info on the film: Fahrenheit 9/11