Energy & How to Get It: A Film by Robert Frank 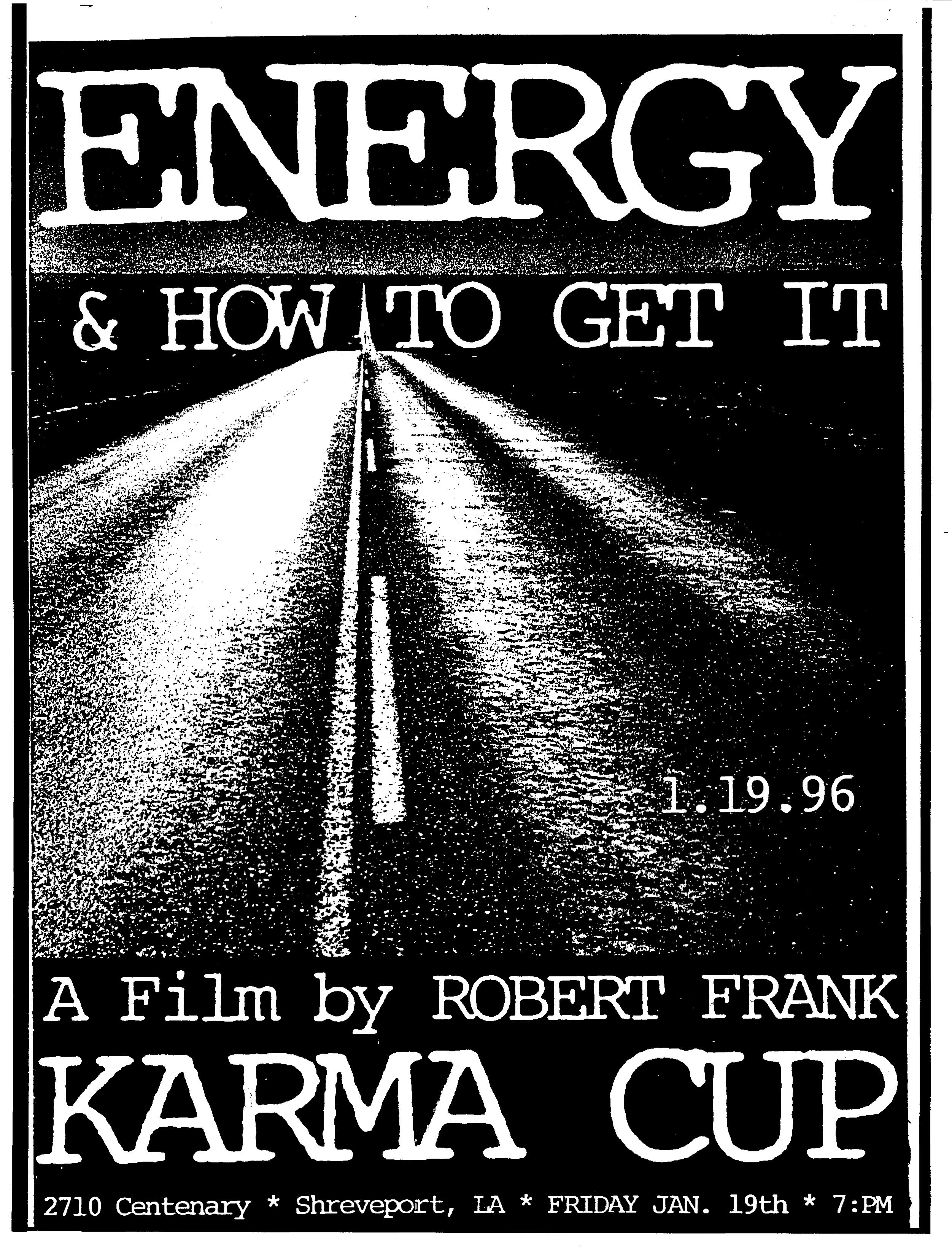 *The film and video of Robert Frank is distributed by The Museum of Fine Arts, Houston

"Robert Golka is an inventor with an ideal – a dream, an obsession. If he succeeds in achieving nuclear fusion using artificial ball lightning, he’ll be able to provide the world with an unlimited supply of energy. He works in a huge hangar in Nevada packed with equipment that looks like it came straight off the set of some old sci-fi movie. As dangerous-looking lightning bolts shoot noisily back and forth, Golka explains the principles behind his experiments to his dog Proton. Robert Frank and scriptwriter Rudy Wurlitzer step into this surreal scene and take it a step further with an experiment of their own. They add fictional elements that transform this film project into a mockumentary of sorts. Dressed in a bathrobe, Robert Downey plays a skeptic from Hollywood, while underground author William S. Burroughs appears as Energy Czar. Golka encounters resistance on all sides, but he understands perfectly well that that’s because the big labs and oil companies won’t stand for any competition. He was willing to risk life and limb for the tests, but now he’s at the end of his rope. The only ones urging him on are his faithful companion Agnes and the musical duo Dr. John and singer Libby Titus – they perform an uplifting song for him on the piano." idfa.nl