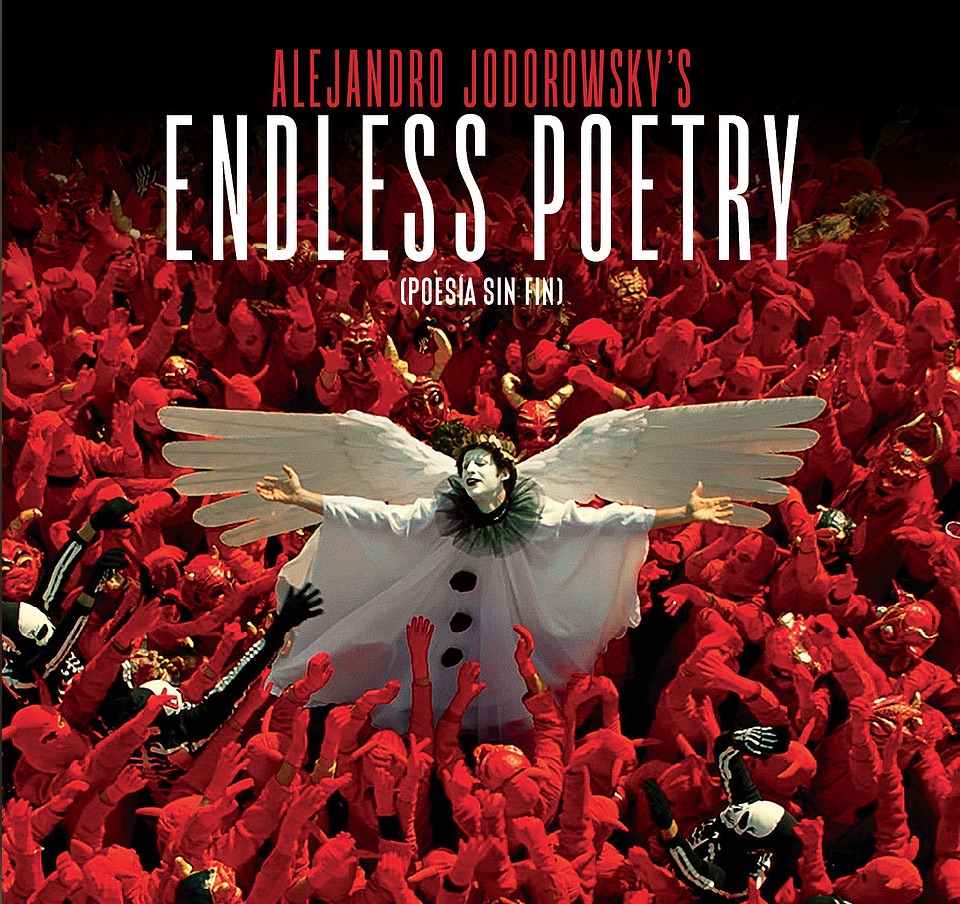 Sunday, Sept. 17, 7:30pm, minicine? will screen the latest work, Endless Poetry, by filmmaker Alejandro Jodorowsky. This work and his 2013, The Dance of Reality, represent an immersion into a series of autobiographical films and a return to filmmaking following a 23 year hiatus. Jodorowsky is well know for films created during the late 1960’s through the 80’s, including: El Topo, The Holy Mountain, and Santa Sangre. Using his unique surreal and psychedelic visual language, Endless Poetry tells the story of his years spent as an aspiring poet in Chile in the 1940’s.

“Endless Poetry is an ode to the quest for beauty and inner truth, as a universal force capable of changing one’s life forever”.