"Chronic" and Other Stories: Films by Jennifer Reeves 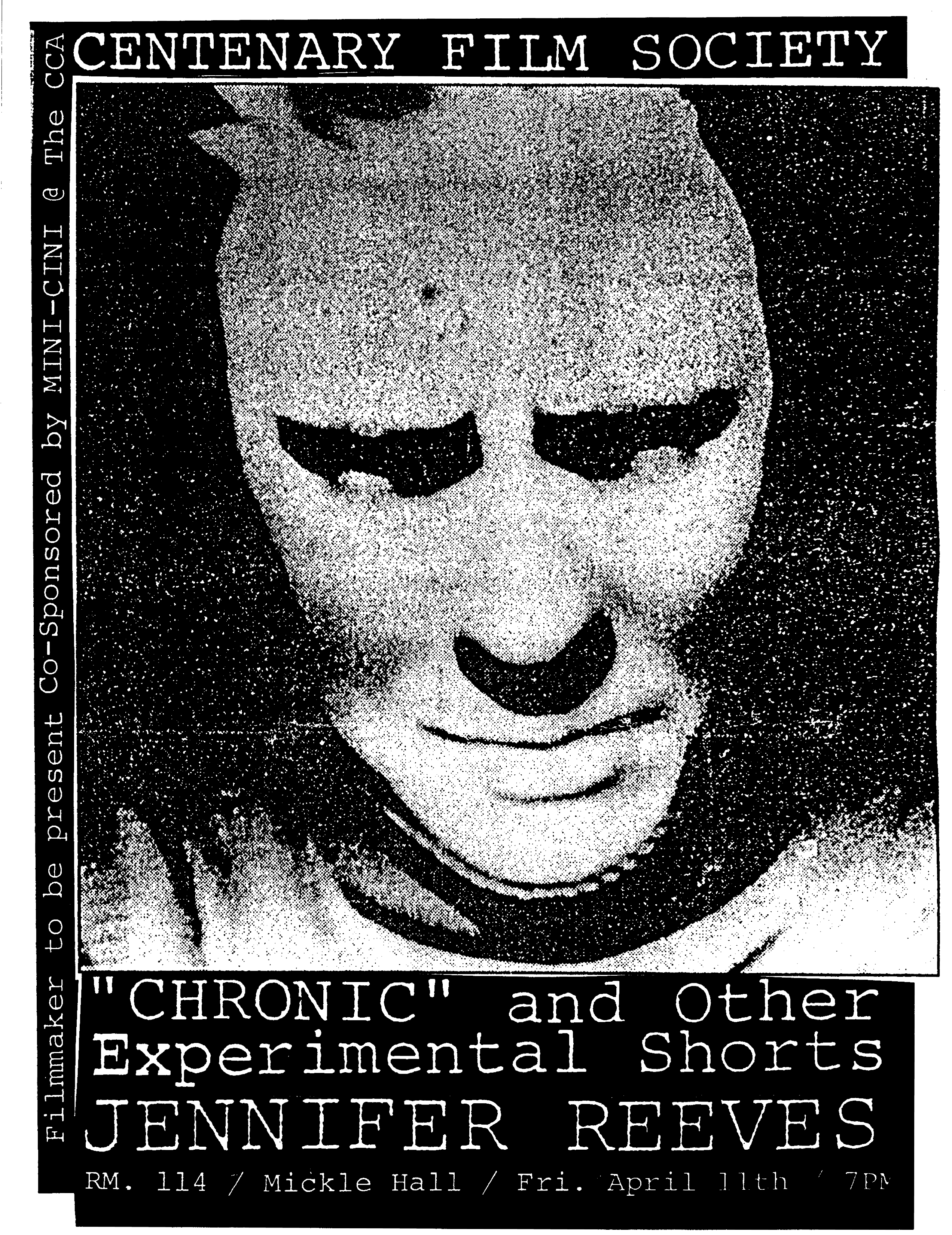 New York filmmaker Jennifer Reeves is an explorer of the visual/aural realm: she collects sounds from the world, musings from her friends, and assorted snippets of our accumulated culture; gathers super-8mm images from the past, speeds up or interrupts pictures of friends, and cracks and shatters the film emulsion with chemicals and powerful potions.  Her experimentation is sometimes coupled with a playfulness, sometimes with a sense of wonder, and often with a curiosity about the particularities of women's experience.  In Monsters in the Closet she delightfully brings together tales of girl gangs, first sexual experiences and other stories from the depths of the closet.  The lush, sensual visual surfaces of Configuration 20 and The Girl's Nervy evoke a primordial first moment in the former, a toe-tapping, eye-dazzling rhythm in the latter.  She describes her most recent film, Chronic, as "an experimental narrative exploring the history of a woman who lives with so-called mental illness.  The film probes into the things that might lead to a person's compulsive self-mutilation."
--Kathy Geritz

Monsters in the Closet (93, color, sound, 15 min)
Dirty little girl stories, girl gangs, and other tales from the closets of adolescence.

The Girl's Nervy (95, color, sound, 5 min)
A study of the single frame and rhythms that can be read by the eye.  Constructed by cutting, pasting, and painting both clear film and filmed images.

Chronic (96, color/b+w, sound, 38 min)
An experimental narrative exploring the history of a woman who lives with so-called mental illness.  The film probes into the things that might lead to a person's compulsive self-mutilation.