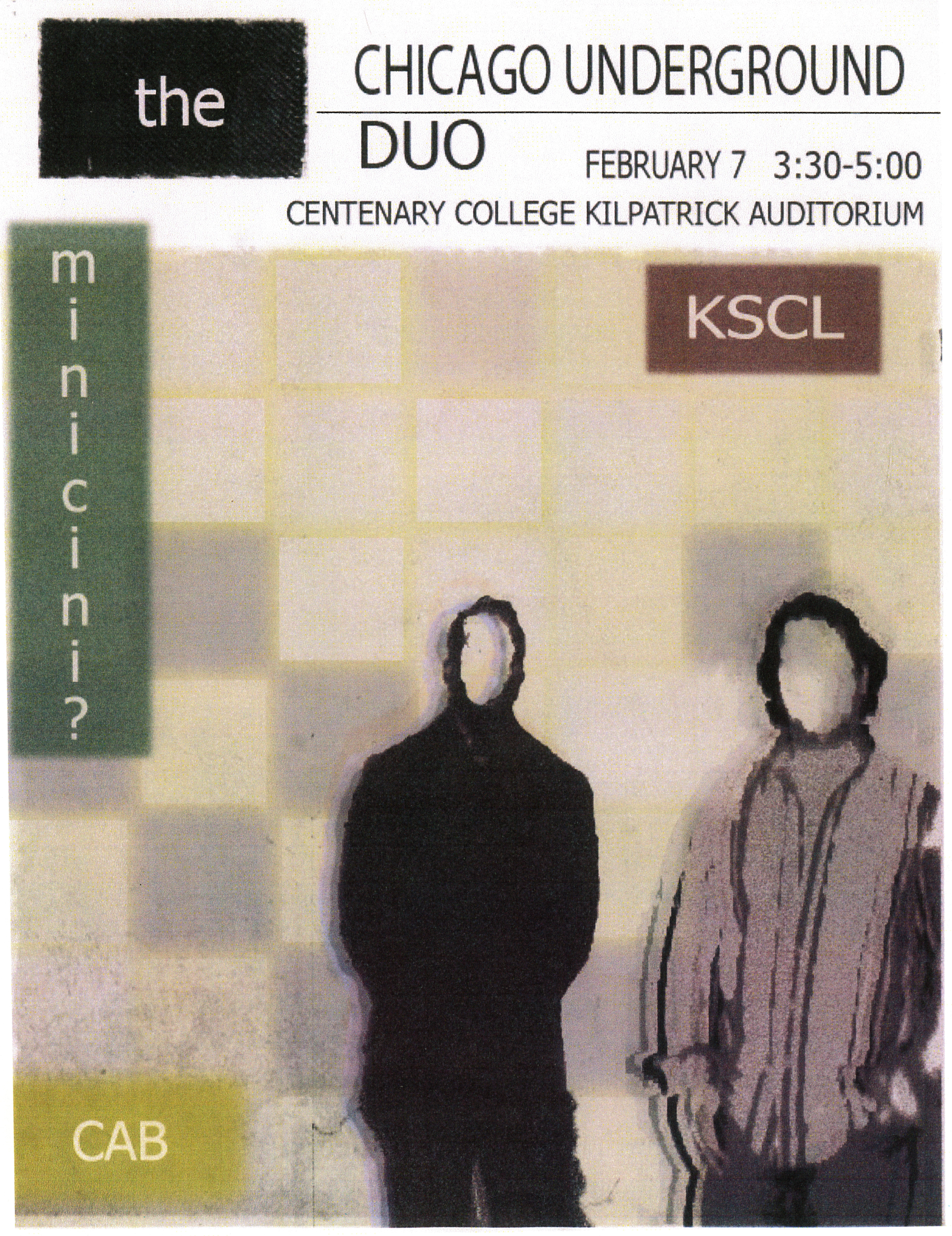 Chicago Underground Duo is the avant-jazz pairing of Rob Mazurek, cornetist, and Chad Taylor, drummer/percussionist. A satellite of the Chicago Underground Orchestra, they began collaboration as a duo in 1997 and have numerous recordings on the Thrill Jockey label. Recently having released their first album in four years, Boca Negra, they are celebrating by performing select concerts throughout the US midwest, south, southwest and west coast… and on Sunday, February 7 they will be in Shreveport for a matinee performance at Centenary’s Kilpatrick Auditorium. This will be their only concert tour stop in the south. Sponsors for this concert are KSCL, the Centenary Activities Board and minicine? Show will start promptly at 3:30pm… FREE!