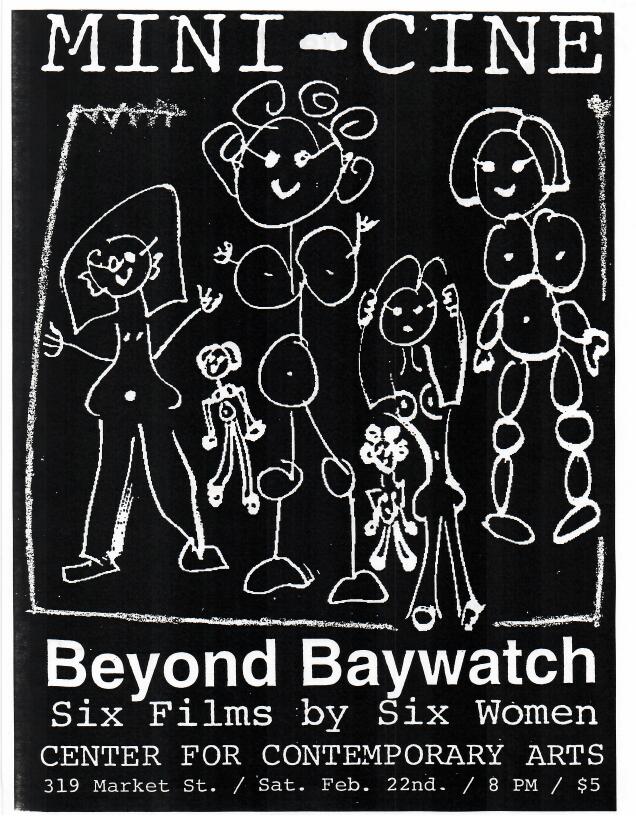 The Idea of North (14min., 16mm, 1995) Rebecca Baron
An experimental documentary about a turn-of-the-century failed attempt to reach the North Pole by balloon.

Work (4 min., 16mm and S-8 transfer to video, 1995) Melinda Stone
A train jumping adventure that follows Antonio Rubacaba to the Northwest, where he works for 25 years in the lumber mills.

Tunnel Vision (10min., pixelvision, 1995) Justine Angelis
Five glimpses into or at an internal moment or idea existing in the gray area somewhere between safety and fear.  *The fragmented thoughts appear throughout the hour.