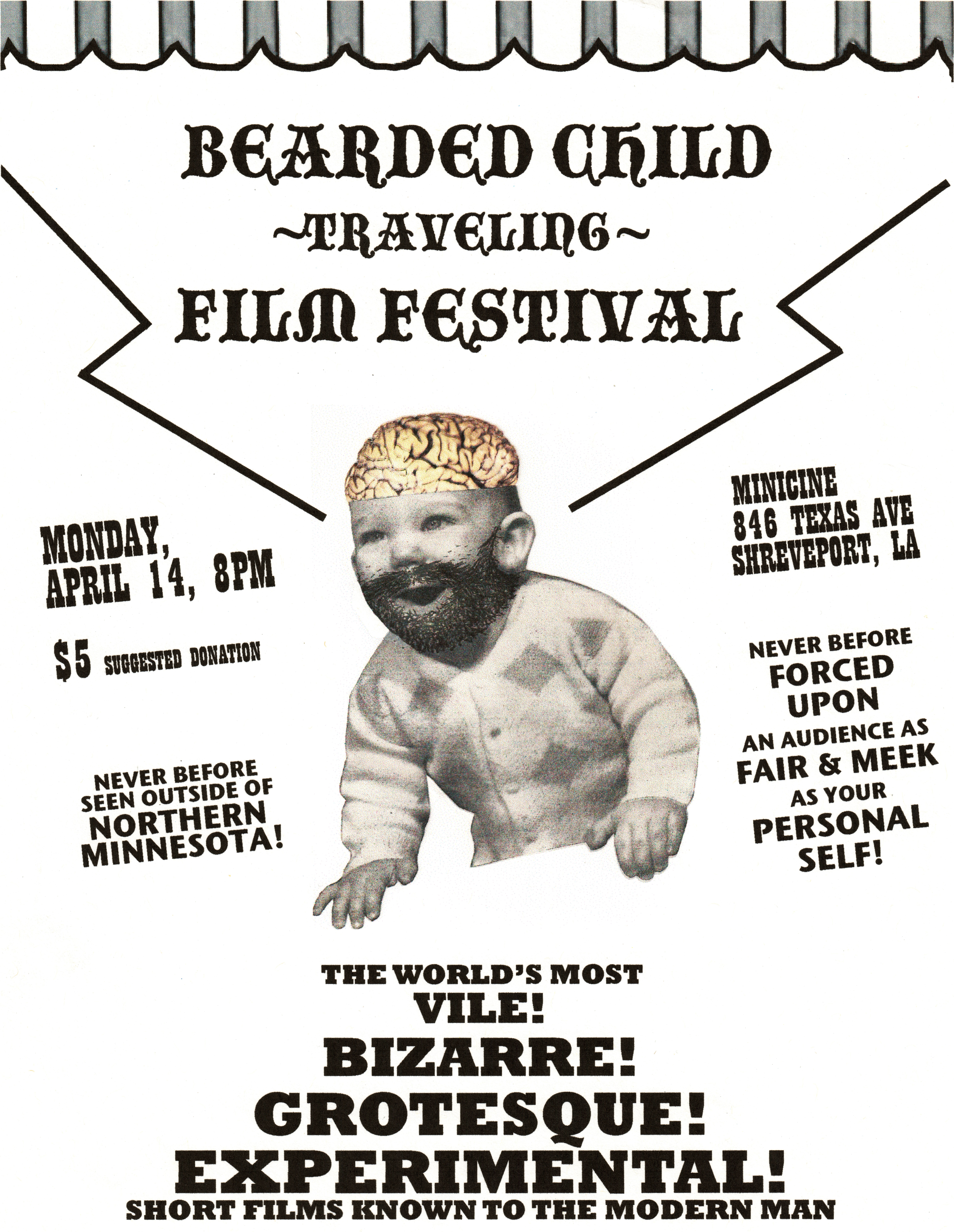 minicine? host to Shreveport the Bearded Child Film Festival 2008 to screen a whole slew of short films from the Land-O-Lakes, the great state of Minnesota. This being the first time the tour has ever left the place they may be traveling beardless to avoid detection. The program is also a mystery, so from their website we offer their philosophy for selecting the films which might be in the program:

At it's core, the Bearded Child champions bizarre, absurd, and wacky wonders that most festivals wouldn't touch with a ten-foot pole. We are much more interested in creativity and innovation over big-budget production and traditional cinematic values. At the same time, we have become a popular destination for 'non-wacky' experimental and more personal films, due to the fact that few festivals accept such 'oddities.' Basically, we want anything that challenges the norm, whatever the genre. Heart is key. If you are submitting for ulterior motives (like using it as a 'springboard to Hollywood' or simply to please your university employers), we probably won't be interested.

Dan Anderson is the festival director and founder. He first began curating experimental films at age 16, and is currently working towards a career as a penniless vagabond.