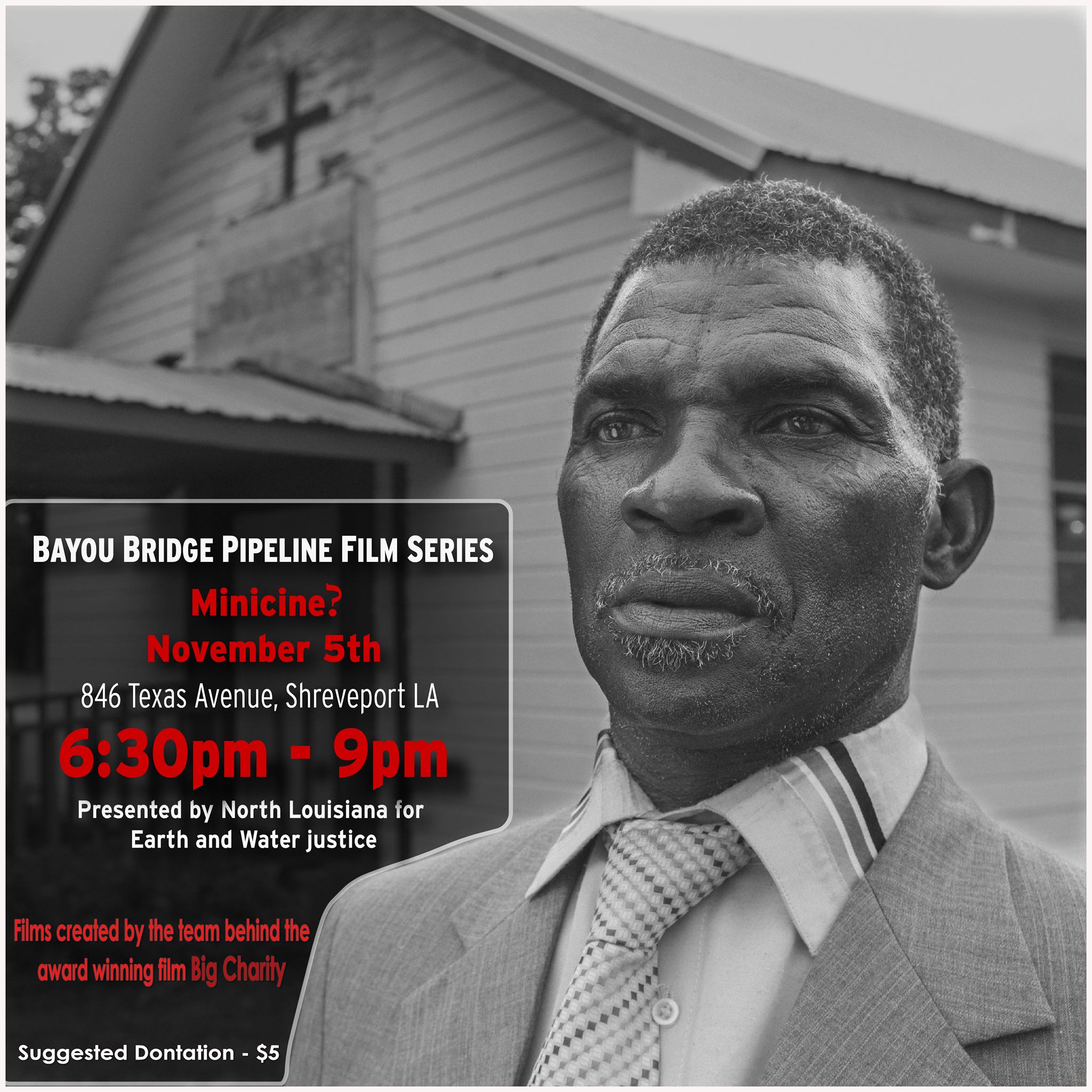 From the filmmaker behind Big Charity comes a new triptych, the Bayou Bridge Film Series, presented by Northwest Louisiana for Earth & Water Justice. The films explore the communities in the bull's eye of the proposed Bayou Bridge Pipeline. The evening will include a question and answer session.