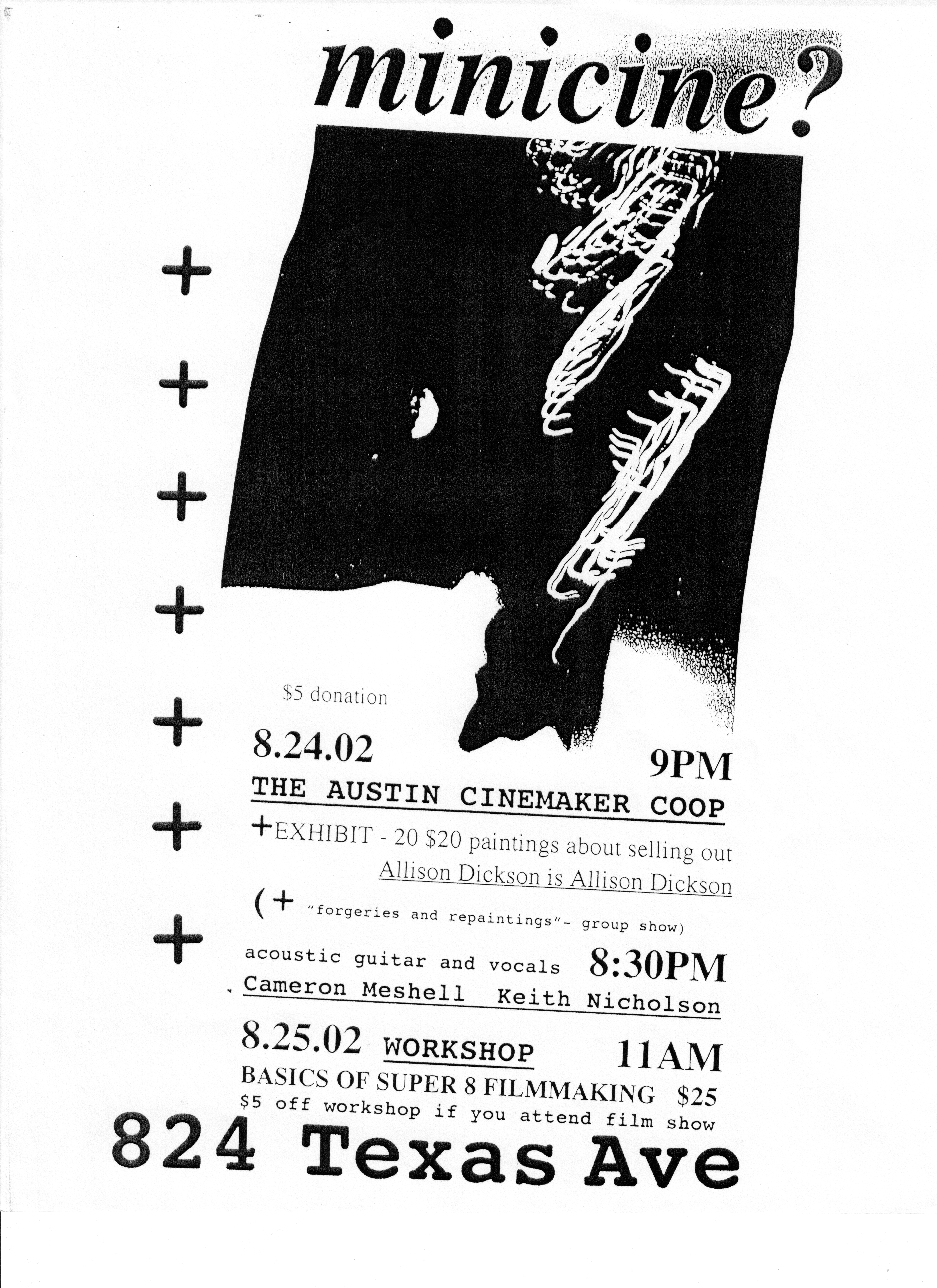 Curated and introduced by Jen Proctor for the Austin Cinemaker C0-Op.

minicine host a crew of avid Super 8 filmmakers from Austin Cinemaker Co-Op in another amazing cultural exchange. All films in this program are made by Texas filmmakers, shot on Super 8 and were originally screened at an Austin Cinemaker Co-Op festival. The Cinemaker Co-Op is a non-profit film resource center dedicated to the belief that film can be- and is- a financially accessible art form. To that end, Cinemaker provides low cost Super 8 film equipment, rental as well as a variety of educational workshops, screening salons, and film festivals throughout the year.

On the Stage:  Cameron Meshell and Keith Nicholson - Acoustic guitar and vocals